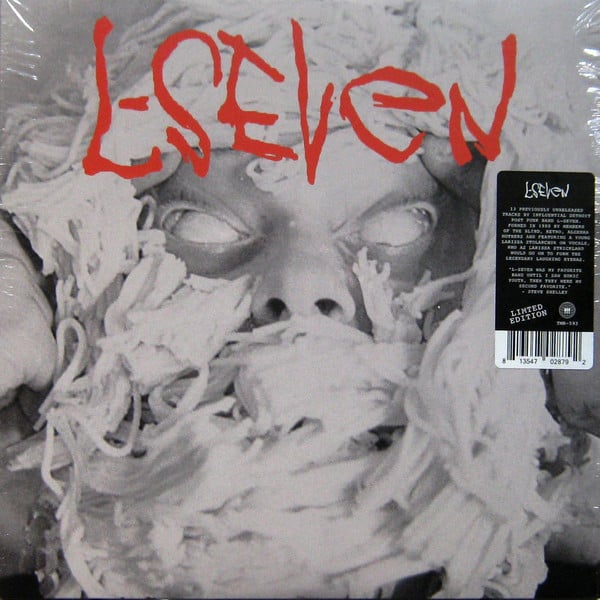 L-Seven were a short-lived but foundational post-punk band from Detroit, MI.

Active between 1980-83, L-Seven only ever officially released one 7” on Touch And Go’s Special Forces, a division of Touch And Go Records designated for releases that were not just straight-ahead punk and hardcore, the L-Seven 7” was the only Special Forces release.

L-Seven was formed by members of The Blind, Retro and Algebra Mothers and fiery singer Larissa Stolarchuk and are not to be confused with the similarly named LA grunge group L7 who would form a decade afterward.

Following the demise of L-Seven, Larissa (now going by Larissa Strickland), while still donning her bleached blonde hair and tattered floral sundress with combat boots, would put down the mic and pick up a guitar and form the seminal Laughing Hyenas with her