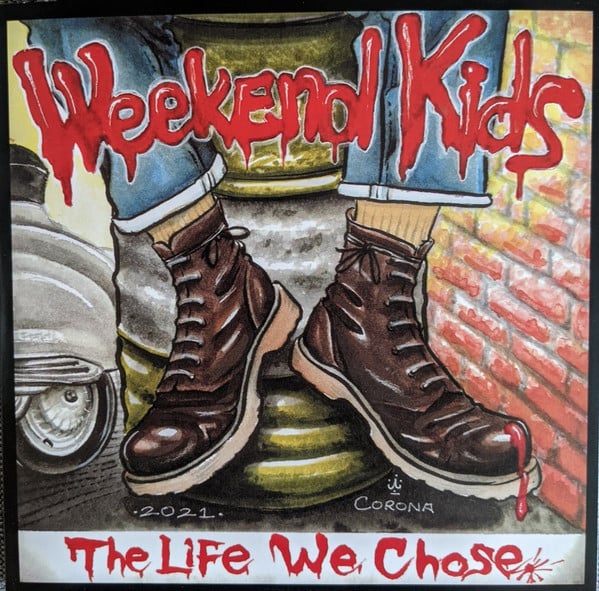 From our friends at Longshot Music:

Do you remember the ‘90s?
If you do, then hopefully you remember BOVVER WONDERLAND.
From their debut album was the song ‘Weekend Kids’ which is where this band name comes from. What was intended to be a short-lived reunion/tribute band to one of the greatest of the early American skinhead bands ended up such a success that the band decided to give it a go and started to write their own new material in the vein of that classic pre-Y2K American bootboy style.

This is the debut release from Weekend Kids with the title track being an original and a killer rendition of the Bovver Wonderland song ‘Big Mouth’ on the B-side.

SIDE B
1. Gather Up All The Bovver Boys
2. Big Mouth

LIMITED TO 250 COPIES ON WHITE VINYL.